A mother whose son committed suicide whilst studying at university

Isn’t it a word that fills you with excitement?

It is where we experience our first real taste of freedom in our young, carefree lives.

Yet the one thing that society continually neglects to inform us is this absolute freedom can be very much a double edged sword.

It can be the elixir to our need to grow and flourish as young productive members of society or it can be the poison that taints our ideals of self worth, splinters our sense of identity and shatters our hopes and dreams … sometimes with fatal results.

Like thousands of other young adults Zoe’s son embarked on what should have been the best years of his life – instead came back home in a coffin, and his parents were left with no sense of understanding or closure as to why he made the decision to take his own life.

This young man’s case is not an anomaly in an otherwise flawless system!

According to the Higher Education Statistics Agency, the number of students who drop out of university as a result of mental health problems has more than trebled since 2009-10 with a record 1,180 university students between dropping 2014-15 alone.

Even worse, with a recent article in the Independent claiming that suicide rates have nearly doubled among the UK’s university students, it is a sad truth that while there are mental health services in places on university campuses across the country, more needs to be done to combat this startling epidemic.

Second-year student at the University of Manchester

I recall being told that going to university would be the ‘best days of my life’ from people who were older and seemingly more wiser than me. I remember the twinkle in my parents eyes and the cheesy grin plastered across their faces whenever the subject came up during those gruelling days spent studying for my A Levels.

While it got me through those last few months spent in secondary education, even at the time it all sounded too good to be true.

You see, the freedom that university provides you with can be a double edged sword.

In fact, I’d even go as far as to say that, in the worse case scenario, life at university is a breeding ground for mental disorders such as anxiety and depression.

‘Universities are meant to produce the bright minds of the future; instead they’re churning out thousands of students who think it’s normal to drink their own body weight in booze on a night out’

The most palpable reason behind this is the availability of alcohol. It can be found at every student union bar, bar and off license – often for ridiculously cheap prices! Not only this, but it gets actively promoted by university campuses, particularly during the first couple of weeks of the semester.

With cheap alcohol aplenty and a student loan on standby for use at your leisure, the offer to drink away your problems is often too good a one to pass up!

The other culprit for this cesspit of mental ill health is the advent and prevalence of social media. In the current technological landscape it is nigh on impossible to avoid coming into contact with sites such as Facebook, Instagram and Twitter!

All of these websites have allow individuals to shine an artificial light on their lives and present an image of themselves to the world of their own choosing.

It is so easy to fall into the trap of comparing yourselves to other peoples best highlights and thinking that you are worth less as a result.

Then there is the financial pressure on top of all this. I felt more pressure than I had ever done before to do well in my studies, seeing as though my parents and relatives had invested a serious amount of money into my education.

In hindsight, maybe all of these things contributed to the series of mental breakdowns that enveloped me for much of my life as a student.

‘It’s hard for anyone, let alone a lovelorn insomniac 18-year-old, to truly believe that they are worth £26,000′

If you asked me now about what my worst memories were during those three years at university, I would tell you that it was the devastating feeling of complete and utter isolation.

I maintained a face of calmness and  on the outside, but inside I was experiencing a mixture of emotions; fear, anger, self doubt, self hatred. I remember feeling as though I had been abandoned, without any preparation or prior knowledge as to the struggles that lay ahead…

Unfortunately, for a long rime, I was among this number. I suffered in silence – but I needn’t have done so.

It was only around halfway during my second year at university that I decided (rather reluctantly) that it was time to seek out some form of support from the university services.

While the help provided was, in my case, limited in its usefulness, it definitely steered me on the path towards redemption and on the whole a better quality of life.

Help is out there!

‘Our job is to say, ‘hey listen you’re good enough and we’re going to help you work out what’s best for you’. We’re there to help students think about their future job prospects and get them prepared’

Director of student experience at the University of Leicester

The first port of call when the going gets tough may be to contact either your university’s mental health and wellbeing services, advice services, or the university chaplaincy. Your campus might also have its own Nightline branch.

Your mental health difficulties may also mean that you are eligible for Disabled Students Allowance, a grant which can fund any additional support you need. The university mental health advisers network also has some useful information about what support you’re entitled to, and you can apply for the DSA here.

It is also important to note how prevalent the impact of social media is having on students and their perception of what university life should be like. Websites such as Instagram, Twitter and Facebook are notorious for the artificial way in they shine a light on many individuals lives, so try to be wary about what you see on social media, and most importantly, do not compare your life to theirs!

Having a plan is far easier said than done.

Yet far from having a timetable highlighted in different colours and bold print, here are just a couple of tips from someone who has been there and done that, and (hopefully) has something useful to offer.

I must admit that I was one of those students who often wandered into lectures without even having read a page of the source material beforehand. As a result I not only dealt with the internal flurry of worries that whirled through my mind, I didn’t have the faintest idea of what was going on around me. 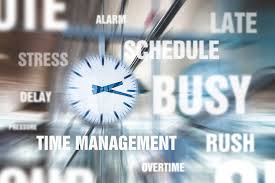 Being prepared for lectures and/or seminars can go a long way in alleviating depressive and anxious symptoms. After all, nothing will make you feel more confident in a lecture or tutorial than knowing the subject well, and being able to back up your points!

Secondly, never underestimate the importance of maintaining some form of structure.

I cannot begin to the importance of having semblance of a routine during these pivotal few years of your life. It can be something as simple as attending a society meeting once a week, taking part in a sports team or volunteering at a local charity shop.

Any activity that gives you a sense of stability and predictability can only be a good thing during these emotionally turbulent years!

It is equally as important to create a plan of what you will do if you’re affected by mental ill-health at university, from considering things you can do to make yourself feel better to accessing support services, whether this be through the university itself or elsewhere.

Was it just me?

Was I really the only one who was not experiencing this once in a lifetime opportunity in the way I should have been?

It took me years of counselling, Cognitive Behavioural Therapy and countless late night conversations with close friends before the truth began to sink in.

I was not alone.

In fact, I was most likely surrounded by people in those lectures and seminars who were in the same boat as I was, and like me, hid their issues behind their work, lots of booze, and other forms of escapism.

While change can be a daunting prospect, it is ultimately an inevitable one.

Whether that means you manage to adapt to university life and its various challenges, take a year out of academia in order to figure out your next step or choose to do something different entirely, the only person who can make that choice is you.

What will you choose to do? 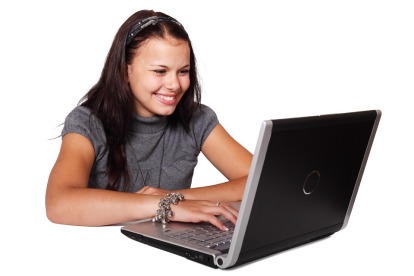 Feel free to comment about your experience at university. Were they the best days of your life? Or perhaps they were something less than that? Maybe you’re about to embark on this journey for the first time. Whatever your experience, I would love to hear from you!

Mind also has a useful guide of support and services, which can be found by clicking the link right here