For a long time colouring books have been associated with something that we do and grow out of some time during infancy. It has even been suggested that around “real school” age, we stop encouraging creative activities like coloring and drawing and instead encourage more structured academic activities. It is hard to deny that there is some elements of truth in this statement. This is regrettable, seeing as there has been much debate surrounding the usefulness of this exercise, from both sufferers and mental health professionals alike.

However, if you are anything like me, trying to see the appeal of  colouring in a dozen of tiny shapes of various contours can be a difficult concept to grasp. Indeed upon first reading around the subject, I had a lot of doubt over whether it could truly be considered a meditative practise. As such I decided that the best way to find out was to try it out for myself, with none other than a Doctor Who inspired image of the TARDIS swirling through the time vortex! See my progress in the snapshots dotted throughout this article!

Unlike meditation, which arguably requires a certain degree of self discipline to be able to make the most of, using colouring books as a form of mindfulness is a far less arduous effort. How the final product looks is irrelevant as it simply ‘presents a creative venture without the need for artistic flair’. There is a psychological concept referred to as ‘flow’, which essentially refers to a mental state when you are fully immersed in a specific activity (read more about that here).

Dr Jane Bogart, Director of Student Wellness at Columbia University Medical Center, says that ‘when someone is in flow, they are performing an activity that is enjoyable and engaging but not too stressful, such as yoga, knitting or exercising’. With coloring books, it takes away the pressure of having to draw, she says, to allow being more immersed in the moment’. 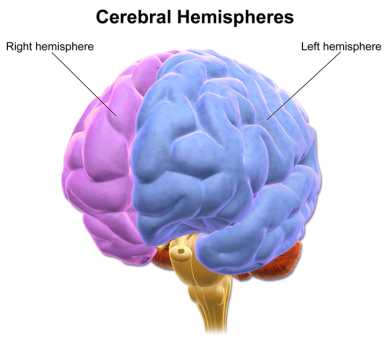 The very action of colouring something in means that we have to utilise both of the hemispheres in our brains. So that is both ‘the logical left hemisphere (dealing with motor skills and attention) and the creative right, which uses colour, shape, imagery and emotion’. The result of this is that it is a lot easier to distract yourself from negative and potentially harmful thoughts. Indeed, in one study where 39 adults took part in 45 minutes of art-making with markers, paper, modeling clay and collage materials, 75% of the participants had lower cortisol levels after 45 minutes  of taking part in this activity!

‘Carl Jung used to try to get his patients to color in mandalas at the turn of the last century, as a way of getting people to focus and to allow the subconscious to let go’

(Why Coloring Could Be The New Alternative To Meditation)

There is also evidence to suggest that partaking in this pastime just before you go to bed ensures a more peaceful sleep. Indeed, coloring is said to calm the amygdala, the part of the brain related to the fear/stress response while stimulating the parts of the brain responsible for creativity and logic. A 2005 study documented a reduction in anxiety in subjects after a short time of coloring geometric patterns.

So what are the potential drawbacks?

While all of this is likely a source of welcome relief for those who suffer with anxiety and/or depression, there is currently an ongoing debate amongst professionals over whether this activity can be considered a form of art therapy, or simply a therapeutic pastime. The latter can encompass many things we can do to better ourselves and our mindset in our day to day lives, such as doing some form of exercise, getting enough sleep or having decent social skills.

(Drena Fagen,art therapist and an adjunct instructor at New York University’s Steinhardt School,  Coloring books for adults: we asked therapists for their opinions)

There is also the criticism that whilst colouring in can be therapeutic in itself, it does not necessarily inspire creativity. The way around this to remember that it is you who is  giving life to a page plagued by a myriad of lines! Or perhaps if you feeling particularly adventurous, have a go at drawing in the lines yourself (assuming that you are relatively competent artist – I do not fit into this category myself unfortunately!)

Indeed, Lisa Mitchell argues that in a sense,‘ adult coloring books are duping us into think we are making art’, as we ‘don’t have to think for ourselves and risk making something uniquely ours’. As such, she concludes that ‘adult coloring books provide us with the opportunity to satisfy a mistaken goal’. Yet is it really a mistaken goal to dedicate some time purely for ourselves and our own peace of mind? I would argue otherwise.

Personally I think there is a fair line to be made within self discovery and escapism, and ignoring one for the sake of another is not a healthy way to live your life. Something which the author of the article also seems to agree with by her article’s conclusion. However, it does not matter what I think. Nor does it matter what any professional or critic thinks What matters is what you think.

Some offices are  making time for group coloring sessions for employees as a way to improve group focus and creativity during big projects.

The PTSD Survivors of America, in particular, have embraced the trend, hosting a nationwide “Color Across America for PTSD Awareness” event  on August 2, National Coloring Book Day.

Indeed, it would be hard to dismiss the popularity of adult colouring books as simply the latest fad seeing as ‘a third of the top 15 best sellers in all categories are coloring books’, and are even being credited with keeping the publishing industry afloat!

Researchers have known for over 100 years the benefits of coloring on the adult brain and famous psychiatrists throughout history (including Carl Jung) have recommended it to their patients. 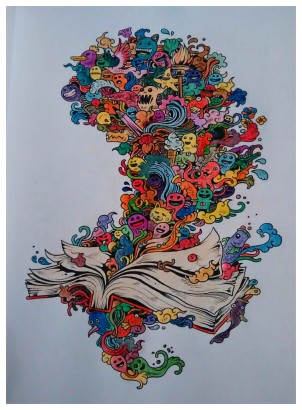 Have you ever tried to dabble into colouring as a form of meditation yourself? If so, would you say that it counteracts any thoughts of negativity you may have experienced at the time? Does it have any downsides? Let me know what your thoughts on this are in the comment section below!

P.S – I should also note that the Doctor Who publication that I used  may not technically count as an ‘adult colouring book’. Yet the design of the drawings in the book certainly constitute as one in my opinion. For a more ‘official’ and perhaps a more useful selection of these books please click here.

Mind also has a useful guide of support and services, which can be found by clicking the link right here

10 thoughts on “Adult colouring books – are they a form of meditative practise or just the go-to trend for the more artistic among us?”